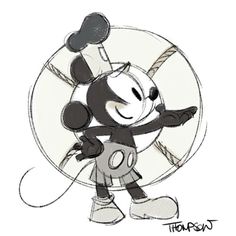 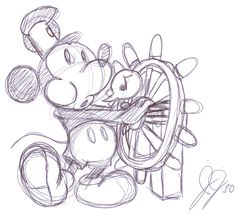 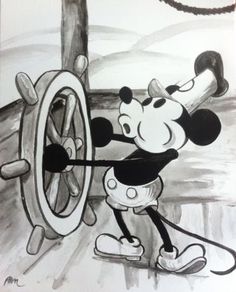 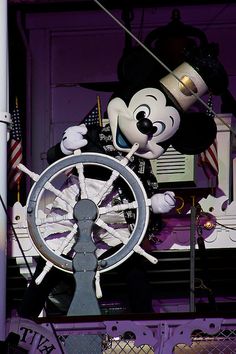 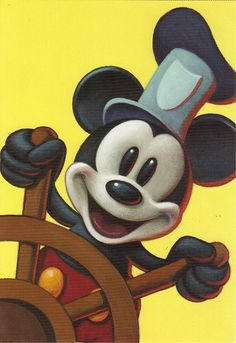 Private Swap from JustMeSKJ (USA) The Art of Disney Imagination Steamboat Willie Walt Disney once said that Mickey was "created for the purposes of laughter." From the moment Walt first imagined him, Mickey has been a happy reminder that a little laughter goes a long way; it's hard to imagine the world without his familiar smile. pre-stamped with a matching .27 stamp copyright: 2008 USPS & Disney 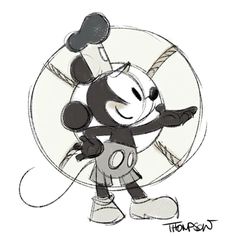 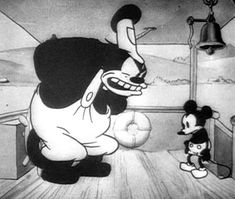 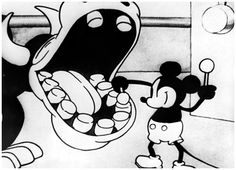 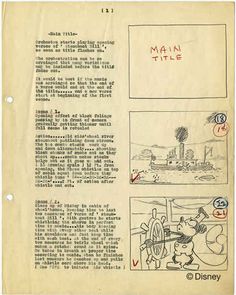 An original script and storyboard for Steamboat Willie, 1928

This original page from the script of Steamboat Willie, the first Mickey Mouse short, was found in Walt Disney's files several years after he died. The artwork was done by Ub Iwerks, the man who headed up the animation for the early Disney films, while the story came from Walt. Disney is actually the studio that came up with the storyboarding device, which is now a regular part of film pre-production. 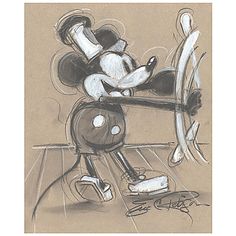 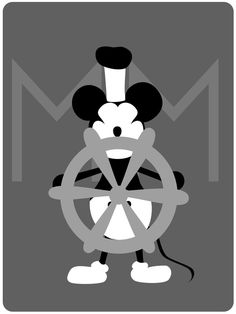 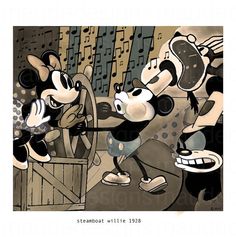 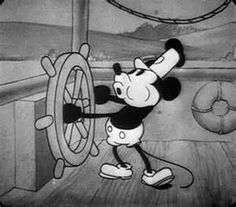 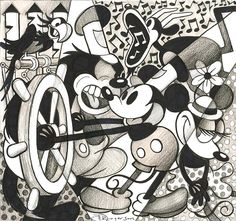 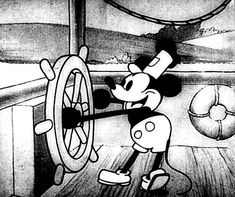 Mickey Mouse belongs to Walt Disney Enterprises. Back in the late 1990s, when Bill Clinton was president of the United States, they made sure that the U.S. 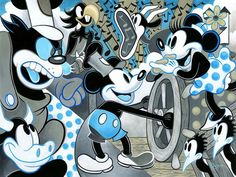