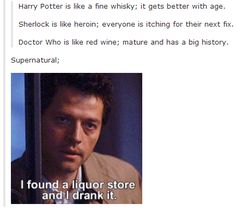 gif for everything #supernatural 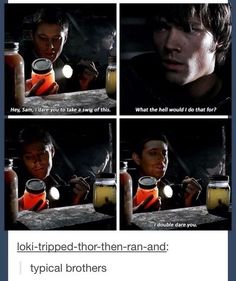 An image on imgfave

A fun image sharing community. Explore amazing art and photography and share your own visual inspiration!

Some of the Funniest captions in SPN I've ever seen

DeviantArt is the world's largest online social community for artists and art enthusiasts, allowing people to connect through the creation and sharing of art. 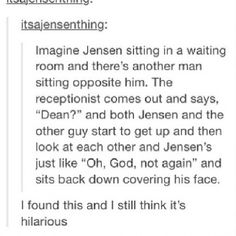 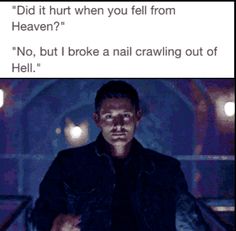 Cal, short for Calier, is your average goody-two-shoe. He has perfect grades and test scores in his core classes. He's tiny and shy, with a anger issue. He doesn't have many friends but the ones he has he cherishes like fine China. He doesn't know that the world of supernatural exists and thinks it all a myth to keep out of Dead Wood Falls. Annnnnnnnnd... He's gay. Openly gay. How will Cal take to having, not one, but two mates? 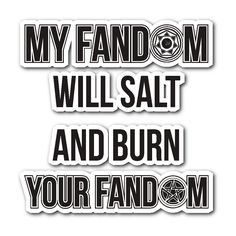 *Not Available in stores... (You won't find this exclusive design anywhere else) - We accept All major credit cards. (Guaranteed Secure!) - Printed In America. We Ship Worldwide Click the Buy it now t

iFunny - the best memes, video, gifs and funny pics in one place 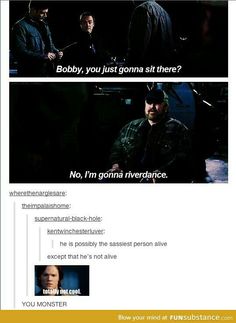 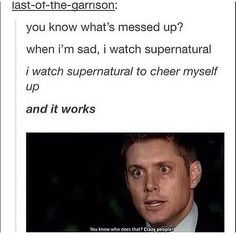 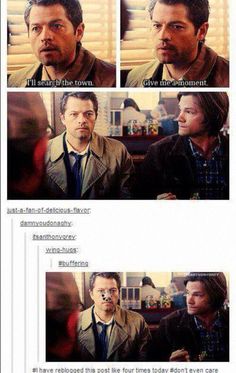 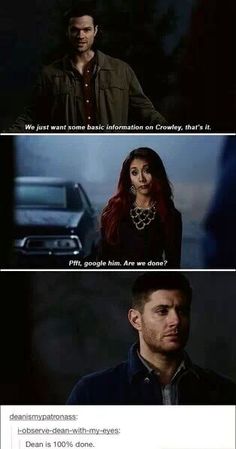 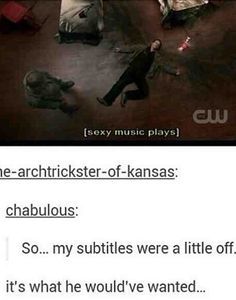