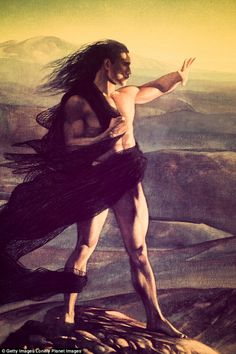 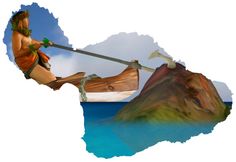 Maui the Polynesian Demi-God, Legend of the Naupaka Flower, Seeking Immortality on Earth, some of the most interesting ancient Hawaiian Legends of Maui.

Before The Beginning There Was Maui | 808Talk.com

One day the Demigod Maui fashioned a large magic fishhook. He went to his brothers and asked them to go out to sea with him to use the hook. His brothers 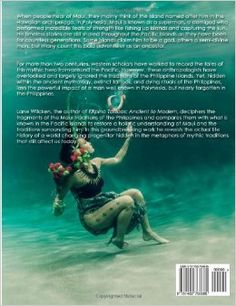 The Forgotten Children of Maui: Filipino Myths, Tattoos, and Rituals of a Demigod

Maui is a demi-god who is responsible for fishing the Hawaiian islands out of the sea. That makes him awesome. He is also the last in my series of Hawaiian gods! Now I have to get busy on other exciting things. I missed my post last night, so expect at least two more posts from me before the end of the week. Happy Monday, everyone! 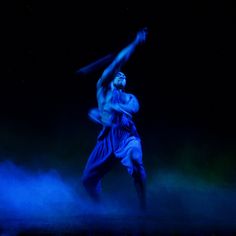 Maui Theatre in the heart of Lahaina, is the home of award-winning shows ‘Ulalena, Burnʻn Love and Fourever Fab. Be entertained and dazzled! 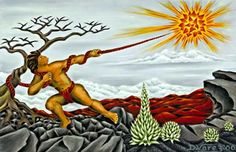 Maui snares the sun, from Polynesian mythology...he was a hero who became god-like or a demi-god. 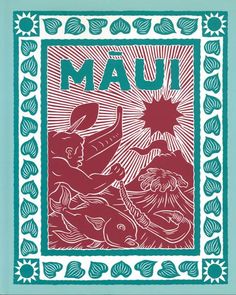 Maui, the Mischief Maker This largely Hawaiian version of the stories of the Demigod Maui, is based on the Kumulipo, the ancient Hawaiian creation chant that tells how the world and everything in it was made. Told with careful attention to authenticity, Maui:The Mischief Maker describes Maui as a keiki ‘eu, or rascal child, whoi was always getting into mischief and angering the Gods. Maui's exploits, filled with fantasy and surprise, begin with his mysterious birth, unruly infa 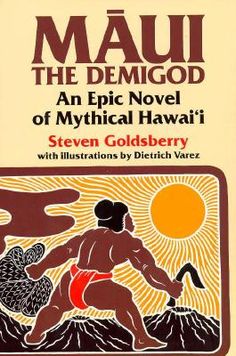 The socially responsible bookstore with cheap new & used books at bargain prices. Quality bookseller with free shipping that donates a book for every book sold 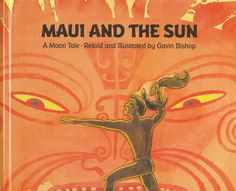 Maui and the sun - A Maori Tale 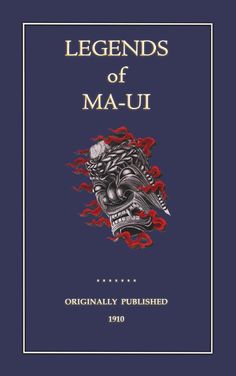 Why Maui Snared the Sun

Why Maui Snared the Sun is a Hawaiian legend - Long ago, Kalā (the sun) raced across the sky as he pleased, leaving the land and its people with short days and long,… 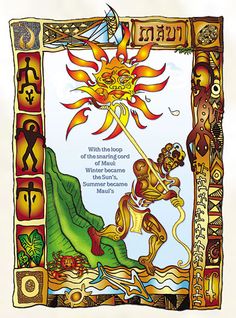 HugeDomains.com - Shop for over 300,000 Premium Domains

The legend of Maui tells the story of a young man who lassos the sun to lengthen the days, and who fishes for land and pulls up the Hawaiian islands. This myth is echoed across other Pacific cultures. 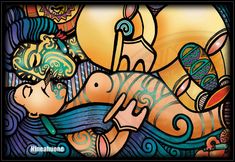 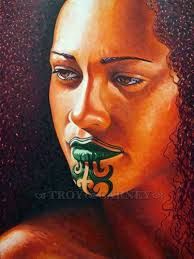 Image result for maui and the sun myth 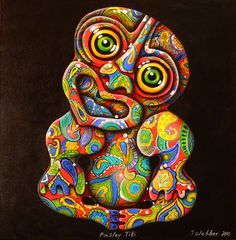